Home > Social Media Marketing > How the EU Parliament Copyright Directive Impacts Social Media
If you're a European content creator, or you work for a brand that does business in Europe, a recent directive passed in the European Parliament is poised to make a critical impact on the content publish every day. Article 17, which was called Article 13 in its draft format, is the name of this piece of legislation you'll need to have on your radar. 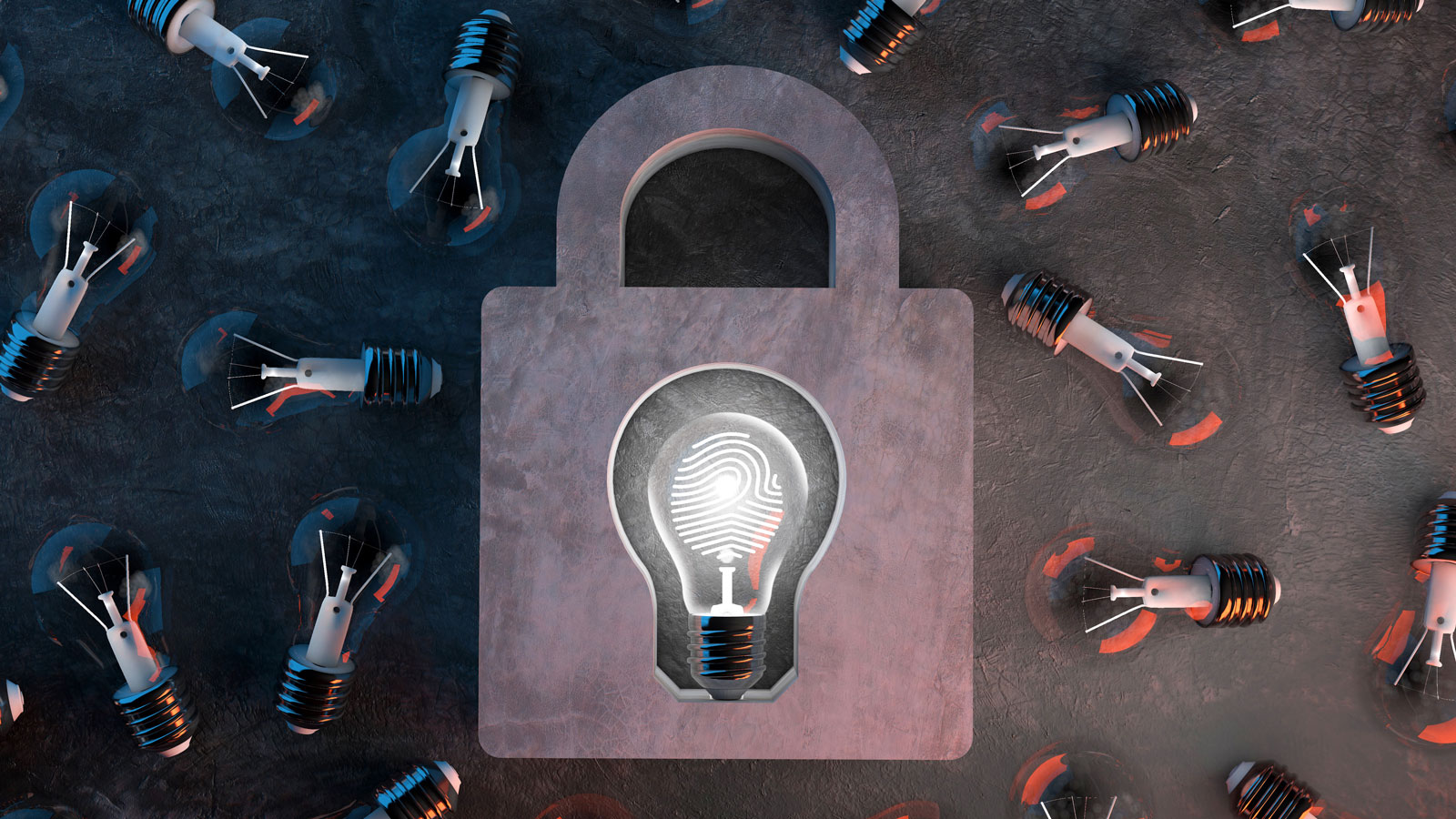 On April 15th, 2019 Article 17, previously referred to as Article 13 when it was a draft, was passed in the European Parliament. This controversial law relates to the European Directive on Copyright in the Digital Single Market. What's remarkable about this law? The name of this legislation gives us a clue to what the European Parliament is trying to do. It's trying to put all EU-member states under one set of universal laws, just like what happened with GDPR. The last time the EU passed copyright legislation was in 2001, three years before Facebook launched. Since that time, the Internet has seen some radical changes.

This directive, aimed at putting all copyright legislation into a single framework, is causing some furor for content creators. As Econsultancy summarized, “content-sharing services must license copyright-protected material from the rights holders. If that does not happen, then the company may be held liable.”

For social media, one of the most significant implications for this article is user-generated content, which is one of the cornerstones of any robust strategy. Econsultancy explained that any site hosting user-generated content, including any of the leading social media platforms like Facebook, YouTube, and Instagram, as well as Soundcloud, will now be held legally liable for any copyrighted content found on their platforms.

Wales argues that while the European Parliament is selling it as something beneficial to the original creators, it is instead going to benefit tech giants and make the Internet less free. Other critics claim that the legislation's impact will inevitably result in the introduction of content filters that will curtail online free expression.

Why people are saying #SaveYourInternet

While Jimmy Wales claims that Article 17 (13) of the EU Copyright Directive will benefit tech giants, these firms are among those expressing disappointment in the legislation. Upon the announcement of the passage of the law, Google tweeted in March its displeasure with a version of the draft legislation's language: 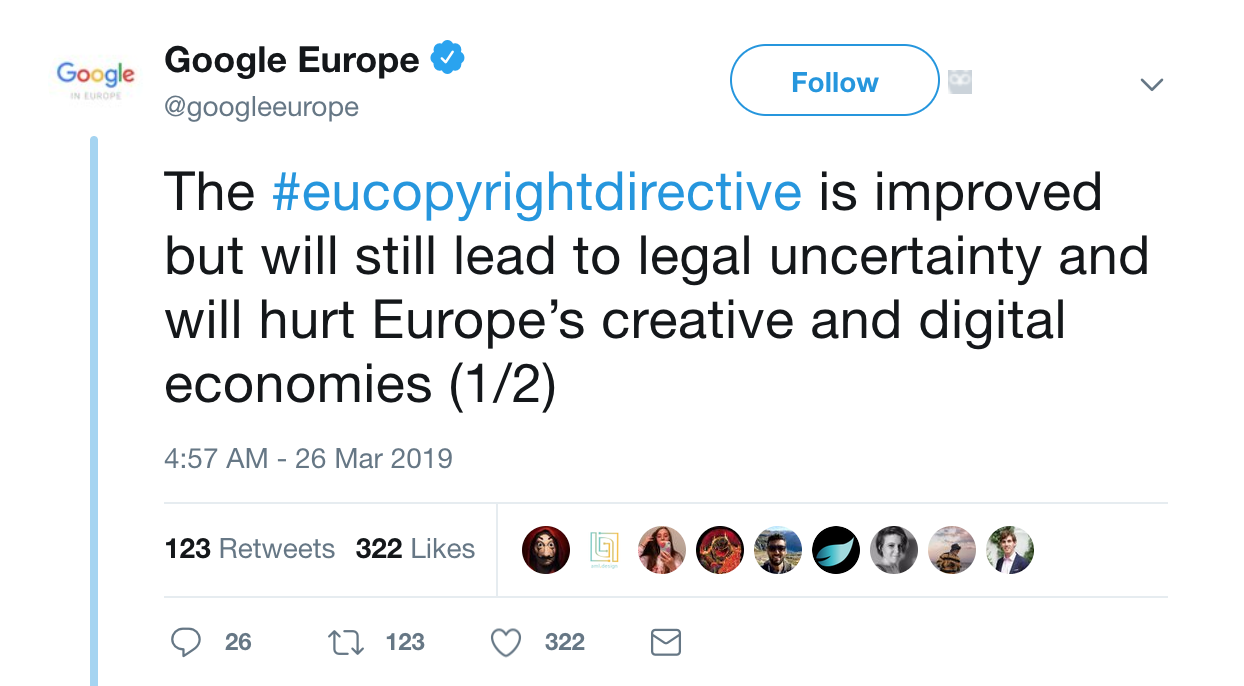 YouTube is the most fervent critic due to the outsized impact this article will have on its content since a substantial part of the platform's content contains copyrighted material. YouTube fears that not only will Article 17 restrict users' freedom, but it will impact its bottom line as well.

YouTube CEO Susan Wojcicki stated that Article 17 “...could create serious limitations for what YouTube creators can upload. This risks lowering the revenue to traditional media and music companies from YouTube and potentially devastating the many European creators who have built their businesses on YouTube.”

In response, citizens launched a campaign called #SaveYourInternet, spreading awareness about Article 17's impact on creators, users, and smaller entities compared to larger firms. The Change.org petition aimed at stopping this article has over 5 million signatures as of July 24th, 2019, and in fact, Wojcicki has lent her support to the campaign.

The most important question for us in the social media content creation space is to understand the implication it will have on our work. EU member states have until 2021 to implement the Directive into their local legislation. The most critical thing to consider is that if you're working with a global brand or across multiple EU markets, you'll need to remember that the implementation of the measure will not be universal, and many countries find the language ambiguous.

Since it is not being implemented consistently and simultaneously across countries between now and 2021, here's what you need to know to make sure your social media marketing is ready for when it comes into effect.

Don't worry; you can still use memes

When this piece of the EU Copyright Directive was known as Article 13, rumors were going around in the digital marketing world that the European Union would be banning memes. The good news is that we can still use memes. Why? That’s because there’s an exception in the Directive that states the use of “bits of copyright-protected material for the purpose of criticism, review, parody and pastiche” will still be permitted.

A Twitter response from the European Commission confirms that this is language from the 2001 copyright legislation and it will not change. 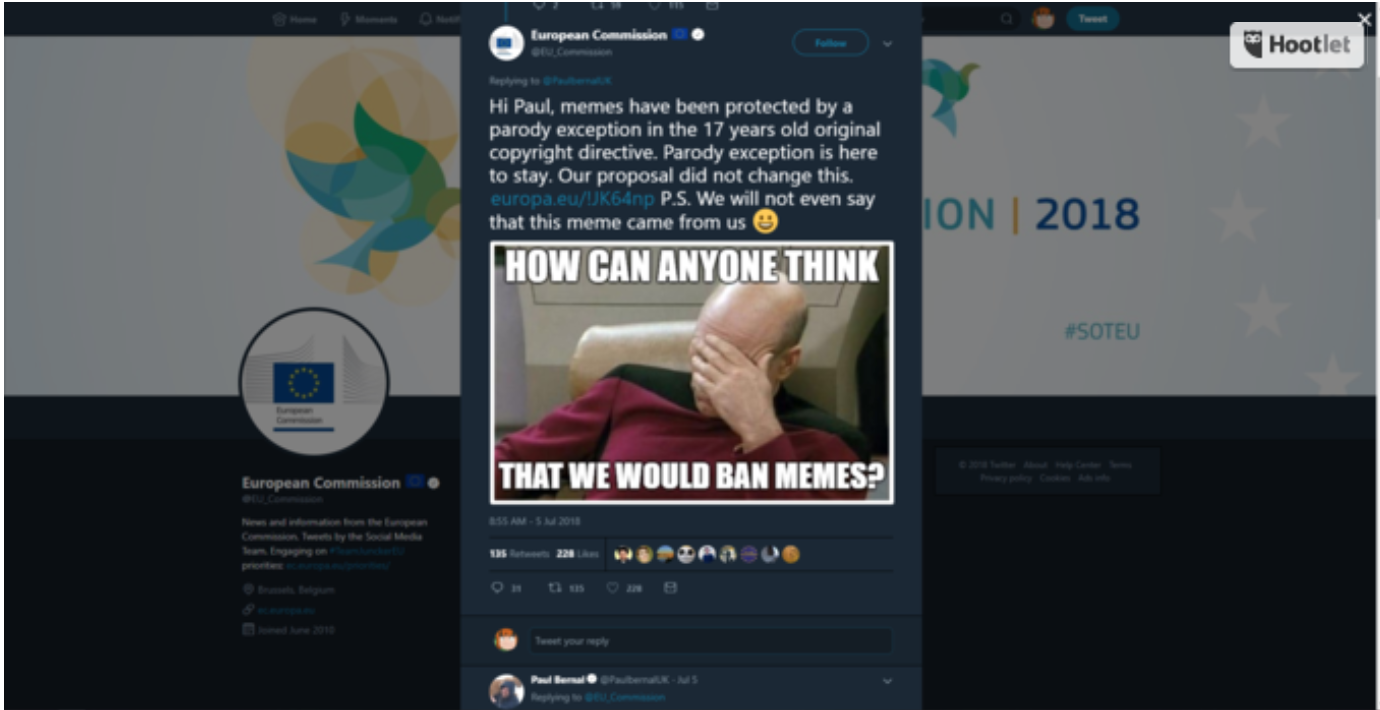 As for GIFs, proponents of the legislation say they are exempt, but there is a concern that the upload filters that will inevitably get put into place may not have the ability to distinguish between GIFs and movie clips. For now, let’s say they’re safe.

Upload filters will keep us on our toes

While we still don't know what they will look like, the consequence of Article 17 is that upload filters will be coming to platforms so they can adequately police the content being posted. While Article 17 does not explicitly require platforms to filter content being put on them, critics claim that this will be the only option. For social media professionals, the already-complex algorithms we work with daily will be subject to further changes and will make an impact on our day-to-day operations, especially in terms of the reach our actions will have. While YouTube already has a ContentID system that helps detect copyrighted materials, creating upload filters of this nature could prove too costly for startups and other small businesses.

As we noted before, YouTube will bear the brunt of the consequences, and this will impact advertising costs. Should brands advertising on YouTube make the competition more ruthless in hopes of beating the upload filters, the platform's advertising costs will increase. Should the reverse happen and the prices go down, we may see content creators choosing to leave the platform if they are no longer able to upload their content.

The most critical consequence of all this is that original content will end up winning the war in the face of these new measures. While brands can currently upload copycat content, the implementation of this legislation could imply that only the best original, content will win. High-quality brand marketing for our clients is what will prevail. No matter what regulatory hurdles come at us, we should never lose sight of that, especially in a discipline that fluctuates as rapidly as social media.

No thanks. My inbox is fine as it is.
Related articles
Social Media Marketing

How to get the most out of social media for fashion

Unite social media and tourism with your Social Media Plan