Everything You Need to Know About the New Google Core Update

Home > Search (SEO) > Everything You Need to Know About the New Google Core Update
What does the new December 2020 Google algorithm update entail? What’re the new criteria, and how does it impact our positioning strategy? We Are Marketing SEO Specialist GianLuca Fiorelli has the keys to understanding the new Google Core Update.

The We Are Marketing team and the whole SEO discipline have to stay updated on the latest trends, updates, and changes that arise daily in the digital world. One of these changes that can cause sweeping, vital changes for many enterprises is Google algorithm updates known as Core Updates. They launched the third Core Update of 2020 on December 3rd.

Every day, Google tends to publish a change or two aimed at improving our search results. We can’t see them at a simple glance, but they help us gradually boost the search results that the search engine gives users.

Google then carries out wide-sweeping changes to its algorithm and search engines a few times a year. What term does Google use to refer to these more meaningful changes?

These changes are the already famous “Google Core Updates” and certify that Google meets its purpose of bringing relevant, authorized content to its search engines.

Google will announce an essential general update because they tend to produce noticeable effects in search results pretty quickly. Some websites may see increases or decreases as a result of those updates. Those webpages that view demonstrable falls in search traffic will look for a solution. The caveat is that there may be no solution that can rectify this decline.

This is the reaction many people experience when Google announces a Core Update. Let’s take a look at the change they announced at the end of the year.

What does the Google December 2020  Core Update impact?

Just as in other launches, the rollout happens gradually over several days, with it not being declared complete until December 16th.

The need to wait more than ten days to “launch” a Core Update implies that this wasn’t a classic update. There were authentic changes in how the entire Google algorithm works. It’s just like Apple or Google launched a brand-new version of their iOS or Android operating systems. 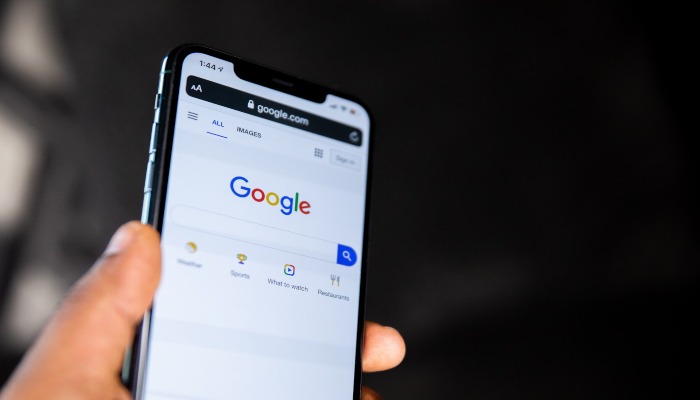 Compared to other prior updates like Panda and Penguin that now form part of the core algorithm, the Core Update impacts more than one specific part of the ranking criteria. This approach differs from Panda and Penguin, which only affected the content quality and linking profile.

Core Updates are a total restructuring of the comprehensive Google algorithm that impacts all the components (what Googler Gary Illyes dubbed “baby algorithms”). It’s the reason why it’s incredibly complicated, or even impossible, to determine whether a website sees a positive or negative impact on organic traffic from a Core Update.

Plus, Google doesn’t tell us much about these general updates besides the classic tip to create “great content that people love.” If we’re honest with ourselves, that’s not a helpful piece of advice for all those enterprises and people who see their organic traffic plummet after an update.

How to find out if a Core Update impacted your website

You’ve probably realized whether your website saw a positive or negative impact from the December 2020 Core Update.

If it was positive, you might have noticed a consistent rise in traffic coming from search engines, or if it was not-so-favourable to you, your organic traffic could end up disappearing.

It’s pretty easy to correlate traffic volume and changes to the SERPs using tools like SISTRIX. You have to track how our website’s SEO Visibility evolves.

Here are three examples of how Ivoox.com’s organic visibility increased up to three points:

In contrast, a website like tenor.com (the website we use for the GIFs on our social media accounts) saw a fall in the organic visibility it had before December 3rd by over 50%:

Finally, we decided to wait until Google declared the Core Update launch complete because such a significant update happens over many days. It can lead to false conclusions like thinking it helped you while our site ended up losing.

This story repeated across many websites, as premier SEO expert Glenn Gabe reported and called “tremors”:

What should we do if the December 2020 Core Update negatively impacted us?

The next thing we should do is be patient because if our website got hit by a general Google update, that implies there are severe problems in one or more of the ranking factors that aren’t clear or defined. Plus, they interact amongst themselves, meaning they get resolved on their own, or you’ll never recoup the lost SEO nor surpass it.

We also need patience because we won’t see clear improvements until Google launches a new Core Update. This last point is fundamental, especially when explaining it to our supervisors or clients.

A Core Update is a complex undertaking impacting so many disparate parts of the algorithm that Google needs a lot of time to:

Gather the data from the changes in search engine results stemming from the core update.

However, as Googlers like Paul Haar state, that doesn’t mean that are no partial updates between Core Updates that impact “baby algorithms” that are specific parts of the core algorithm.

In other words, if a website took a hit from a core update, it’ll be tough to recoup their lost visibility until there’s a new Core Update. Still, they’ll get part of it back during updates if it decides to tirelessly work on rectifying all the errors, whether technical, content, link profile, that they pinpoint with an objective, in-depth analysis.

If you don’t do this, you’ll find yourself in one of these situations:

We should consider this last situation.

The above graphic tells us how Ivoox:

Nor should we rest on our laurels if we gained visibility and started to fall due to our previously suffered errors.

An example of this case is that of elplural.com:

If we expand our view of its SEO visibility to two years:

As we previously saw, the general updates impact the entire Google algorithm, especially how the “baby algorithms” interact amongst themselves. That’s why it’s impossible to attribute a fall to one cause.

With no single cause, we must audit our site to pinpoint every defect that could be relevant enough to make Google re-evaluate its level of quality, and their rankings, SEO visibility, and organic traffic.

Unfortunately, Google doesn’t give any more hints beyond “creating useful, quality content for users.” With that in mind, this bland phrase does indicate a direction when guiding our analysis.

How does Google define quality?

In its directives for the Quality Raters, the manual for those testing the quality of their search results, Google identifies three large, generic concepts that determine a site’s quality:

These parameters are what we call in the SEO world E-A-T and they are three generic concepts, which is the same as saying that there is no Google algorithm called E-A-T, therefore there’s no way to optimize a nonexistent E-A-T algorithm.

Ranking factors that are part of the Google algorithm do exist, and that’s why there are unique “baby algorithms” that always correlate to one of these three concepts.

Therefore, we have to work so that our website is outstanding and is deemed the leader or one of its industry’s leaders. This status comes from its ability to offer answers to problems that users may have, be considered an authority in its sector, and, finally, be deemed a website where we should place our trust. All of this is an SEO strategy.

If Expertise means to have the ability to correctly, quickly, and efficiently resolve something deemed somewhat tricky, we should ask ourselves these questions:

Are we an authority in our industry? The problem is that we are in real life, but our online presence doesn’t reflect that.

People and enterprises with authority in their knowledge area or business niche generally have mentions, quotes, references, and links from other people or entities to our website.

All of this could sound very old-school SEO but the links, and to a lesser extent mentions, are still crucial for determining a site’s degree of authority, so we should audit our link profile:

Being deemed a trustworthy site does not mean that, in health sites, have physicians bylining some articles.

Trust means security, which also has a technical implication (HTTPS, security for the data users plug into our forms).

Trust is also the consequences of having Expertise and being deemed an authority:

Why we shouldn't lose sight of the Google 2020 Core Update

Google Core Updates are general algorithms, meaning that we can’t attribute a single cause of potential traffic loss our website could have following their launch.

If we’ve lost SEO visibility and organic traffic, that means it’s time for us to run a top-down review of our SEO strategy and detect the problems in each SEO area where we’re having issues.

And this does not mean implementing small tactics that, at best, can give us an illusion of improvement that isn’t true. It means that we have to make a radical change to our whole strategy, not only in SEO but on the web.

7645
Written By
Gianluca Fiorelli
Senior SEO Consultant specializing in Strategic SEO and International SEO. I started working in the internet space in 2004 and have collaborated with corporations such as Times Inc., Meredith Corp., MSC Crociere, Idealista, and Glassdoor. As an active member of the International SEO community, I have given keynotes at events like Mozcon, Pubcon, SMX, Learn Inbound, or State of Search. I am also the co-founder of The Inbounder digital marketing conference.
Contact
Subscribe to our newsletter
Get updated with latest marketing trends
questionnaire
Looking to move up in your search engine results?
We create tailored, comprehensive SEO strategies that make sure you’re speaking to the consumers looking to find your product or service.
FIND OUT MORE
< Previous post All posts Next post >
Your inbox deserves great content

No thanks. My inbox is fine as it is.
Related articles
Search (SEO)

Meta tags: what are they and what are Google's latest recommendations for optimising them?

How to boost your content strategy: SEO copywriting tips to improve your positioning

Here's How the Mobile-First Index Will Impact Your SEO Positioning