Home > Social Media Marketing > The Disappearance of Organic Reach on Facebook and 7 Tips to Give it a Push
With the latest Facebook algorithm changes, we're analyzing what's happened to organic reach, and we'll give you some tips for increasing your results.

Algorithm changes, a decline in organic reach, and hundreds of prompts to “turn on” Page Notifications. That is the panorama we've found ourselves with on social media over the past few months: What's going on? We'll recap the changes Facebook has made on its platform, the repercussions this is causing on performance, and what to do to mitigate the damage.

The event that got us here: Facebook changes its algorithm

With the fake news scandal at the beginning of the year, Facebook decided to take the reins on the matter and reaffirm itself as a platform for social interaction among users. How? Changing the platform’s algorithm that is, more or less, the set of calculations that “decides” what content shows up on your News Feed. 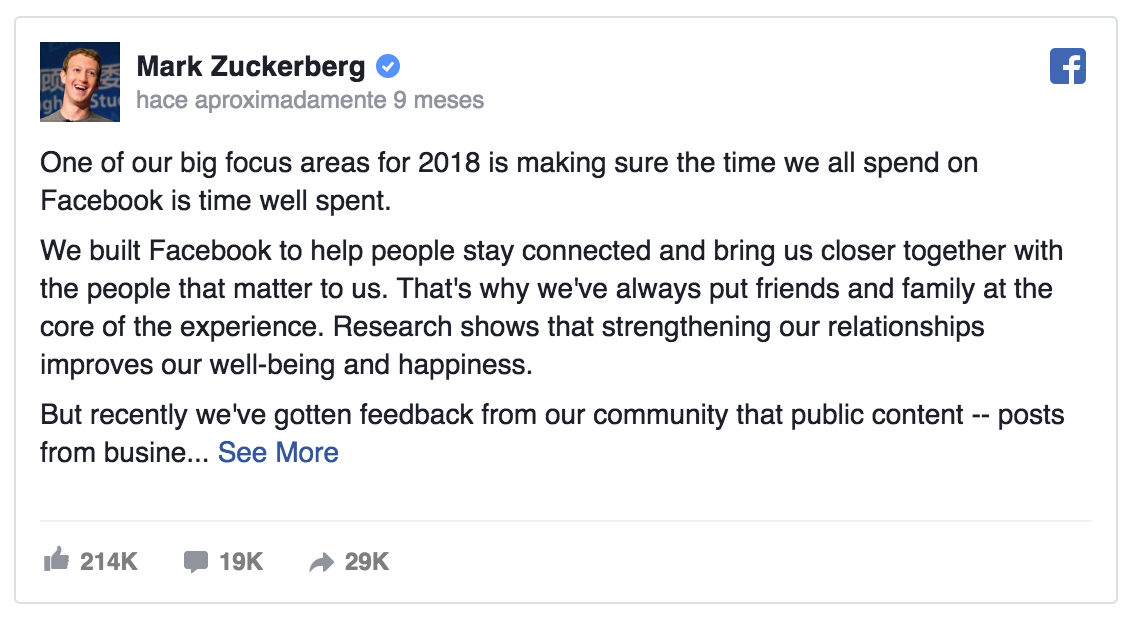 At the beginning of this year, Mark Zuckerberg announced that the new Facebook algorithm would prioritize interactions between friends and relatives. Logically, this decision has had a significant impact on brands’ visibility on the platform.

Since these changes went into effect, Facebook analyzes posts and organizes them based on the possibility that every user interacts with the content of interest to them. There are four steps to this process:

When determining what shows up on the News Feed, Facebook’s algorithm pays particular attention to the following:

So, instead of ordering posts chronologically, the user will see what Facebook, based on the information it has available, believes could be most interesting to a user.

This same logic applies to Instagram, which has been a Facebook-owned company since 2012.

How has this affected brands’ organic reach?

On Facebook, reach is the number of users that can see organically, without paid media behind it, a page’s posts. Since 2007, when Facebook created the Pages feature for brands, it has not stopped waning bit by bit.

While it is still early to measure the impact on Facebook, there are some cases where the repercussions are already known. The most recent Buffer/Buzz Sumo Facebook Marketing Report, in its analysis of 43 million Facebook Business pages, found that overall Facebook page engagement has dropped by 50% and that the top Page categories saw engagement declines between 49 and 70%.

What can we do to increase organic reach on Facebook? 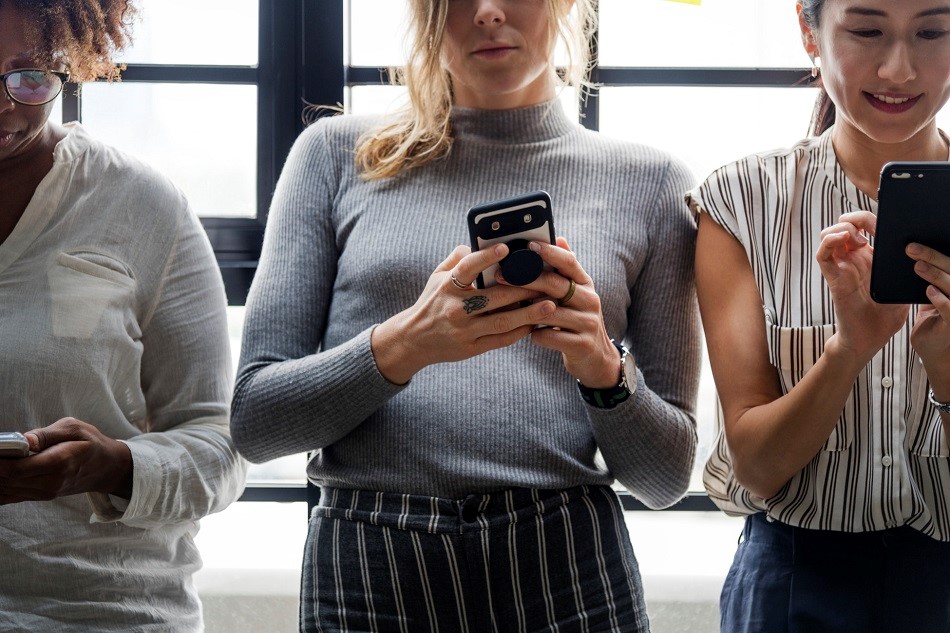 After all this analysis, the remaining question is: What can we do to improve our Facebook page's performance? Many are betting on paying and promoting their posts to gain paid reach; however, quality content will achieve better numbers without needing to put money behind it.

In your social media content strategy, you need to be sure that every post you put out there will make your fans fall in love with it and want to interact with it too. Work on posts that will attract and surprise your audience. It will improve your engagement rate and that the Facebook algorithm will have more of you to show to more users.

Always try to invite users to leave a comment, share, or click on the link in the copies for your posts. Remind them of the action you’re eliciting from your audience to get more interaction from them.

Videos are a crucial content format that's attractive and easy to consume; therefore, they tend to have a higher engagement rate and get a lot more shares. Use subtitles, animations, and striking visuals to gain users' attention. Make sure you always upload them directly to Facebook because Facebook gives these videos (also known as native videos) priority over those shared with a link such as from YouTube for example. If you upload as we recommend, the video will get shared ten times more.

Instead of focusing your content strategy on your brand, seek to give people the spotlight, especially your buyer persona. These pieces of content generate emotions in users and are widely successful in social media. Know your target and try to create content that connects to them.

Remember that Facebook wants to go back to being a platform where the conversation between users flows; therefore, interact with your users on your page. Let users comment on your posts, answer everything in a personalized way, share other users’ content, and make sure that your brand’s personality shines through in your content.

Look for a topic related to your brand and create a niche group for your users to talk, share information, and debate. For example, The Skimm, an online newsletter, has a Facebook group exclusively for users who have referred at least ten people to subscribe. As part of the group, users can share content particular to their interests, as well as access exclusive updates and experiences. Facebook groups give you the ability to mix your content with that of your users.

Using these seven tips, you’ll have the solid foundation to have a social media content strategy focused on boosting your engagement and gaining more organic reach in the process. Beat Facebook’s algorithm!

9839
Written By
Natasha Gingles
I'm a International Project Director with more than 10 years in the digital marketing industry, developing and implementing 360º strategies, including managing social media and influencer projects in addition to content strategies for both B2B and B2C. I have excellent client service capabilities, executing long term campaigns and brand strategies.
Contact
Subscribe to our newsletter
Get updated with latest marketing trends
questionnaire
Want to successfully take advantage of social media?
We develop and execute tailored social media strategies to connect with your consumers.
FIND OUT MORE
< Previous post All posts Next post >
Your inbox deserves great content

No thanks. My inbox is fine as it is.
Related articles
Social Media Marketing

How to get the most out of social media for fashion

Unite social media and tourism with your Social Media Plan