What We Can Expect from Blockchain Technology in Tourism

Home > Digital Customer Experience > What We Can Expect from Blockchain Technology in Tourism
Blockchain technology is poised to revolutionize many parts of our daily life, even the way we travel. We’re going to analyze what it is and the impact it can have on the tourism industry. 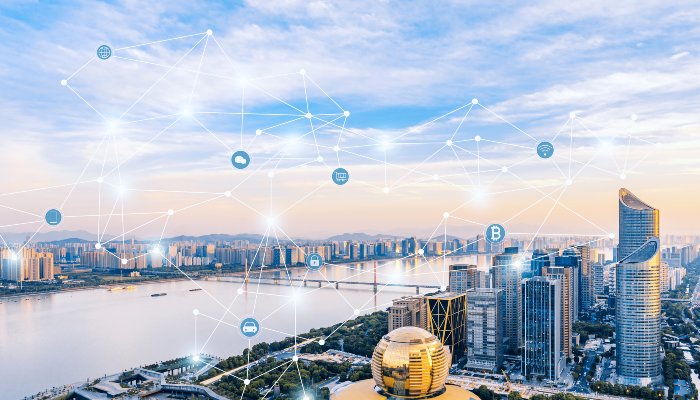 Over the past few years, blockchain’s appearance has caused fervor across a plethora of interest due to its potential to drastically transform the way we store and use data and other information sources. This technology promises to improve transparency and security in transactions, leading the tourism industry to experiment with it. Some developments prove to be quite interesting, and we’ll go into further detail about blockchain’s applications in travel and tourism.

But first, what is blockchain anyway?

Blockchain is a technology that publicly stores all the transactions that a particular network produces. Each register gets encrypted, and they get grouped into blocks that form a chain, thus leading to the blockchain moniker.

Blockchain technology’s primary characteristic is that the data is decentralized, meaning that they get distributed throughout the different nodes or computers that are part of the network. Each one of them has a copy of all the compiled information. Once a block or a register gets added, all blockchain members have to confirm it to get added in the copy that each part of the blockchain stores. This process ensures that the blockchain’s data is secure, traceable, unchangeable, and transparent.

This video gives you a straightforward explanation of how blockchain works:

But how does blockchain technology ensure such a high level of security? Most of the time, we use a centralized model, or that all our information on the Internet gets stored in one place such as Google, Facebook, or WhatsApp. In contrast, blockchain decentralizes all this information. As we just mentioned, they get stored in different nodes all over the Internet, to guarantee the authenticity of that information in a much more reliable way.

By its nature, blockchain offers a series of advantages or characteristics that apply to any industry, including tourism and tech. That’s why a MarketWatch study projected annual growth in its use of 51% in different markets.

The data inside blockchain gets decentralized through the nodes that make up blockchain's ledge; since there is no single failure point, with the data's safety assured.

The algorithms that blockchain uses are designed to avoid modifications in the blocks, thanks to a chain of trust that guarantees that the data stored within the blockchain has not undergone any change.

The decentralization in blockchain gets produced because no entity has complete control over the processing of information; instead, it gets distributed throughout the various nodes that form the blockchain.

Blockchain has served as the basis for other technology or applications, and some of them could be useful for the tourism industry. Here are some examples:

Smart Contracts are contracts that get handled using blockchain technology, allowing for these processes to cut out the middlemen (such as notaries, banks, or other entities) and lower costs and reduce processing times.

There is a lot of talk about projects based on digital identification like the Alastria project that the leading companies listed on Spain's IBEX 35 stock exchange are spearheading. This system allows for tourism operations to simplify the tasks they need to complete and have all the available information about an individual in one place.

Cryptocurrency consists of virtual coins that can get exchanged as if it were any traditional currency. The difference is that they are out of the control of governments and financial institutions. If an exchange gets conducted, it will be registered in the blockchain network entirely transparently.

Blockchain in the tourism industry

Tourism and blockchain have the potential to become a powerful combination as the technology can bring safety and transparency to several critical touchpoints. In the case of a travel agency booking flights and hotels for a customer, it has to send the information to the different firms. Blockchain could make this operation more secure and transparent since the responsibility spreads throughout the whole network. The same will happen with foreign transactions, increasing the level of trust among all involved parties.

This video shows a brief explanation of how blockchain can benefit the tourism industry:

Given all of blockchain technology’s characteristics and possibilities, some experts are pointing towards possible uses within the tourism industry. Here are some of the most interesting:

When it comes to payments, the main advantage to point out is that payments with cryptocurrency will be much more secure and traceable. As we previously mentioned, all transactions carried out on the blockchain remain registered in the chain and cannot get modified. Not only that, as it’s a decentralized system, but there also won’t be any intermediaries that can intervene or delay payment.

As such, we would no longer need to exchange currency when we travel to another country and simultaneously be subject to the trustworthiness or volatility of these foreign exchange operations. That’s why making payments using the blockchain can make a relevant difference when it comes to overseas transactions. In some cases, a process can experience a delay of more than a week or get canceled during that period with all the inconveniences that this causes.

Hotel or Transportation Coordination and Management

Decentralized management systems could also result in significant savings for large firms as this could let them get rid of the middlemen. By that same token, information flows securely while being accessible at all times, reducing management times and providing universal access to information. 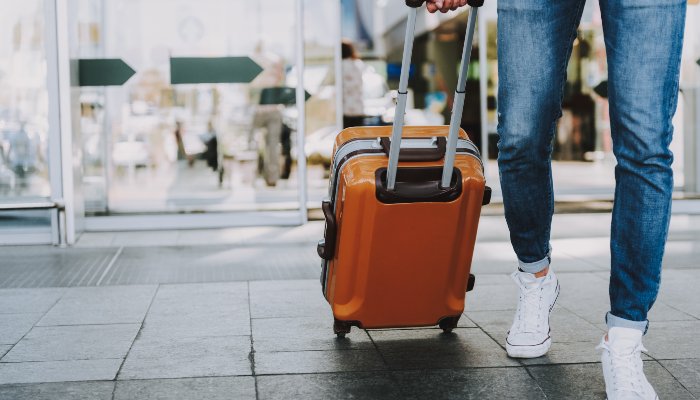 It's increasingly common that we look at forums and read user reviews when we travel; however, we cannot always guarantee who wrote them or their accuracy. With blockchain, all the information that shows up in the network is public, dependable, and secure, achieving better transparency and increasing consumer trust.

Blockchain could become very useful to track our baggage’s location once we say goodbye to it at the check-in counter. It changes hands throughout the trip, just like we do. It’s possible, with the help of technology like blockchain, to track between companies and know where our suitcase is at all times.

Could we be talking about the end of the loyalty cards? Many travel firms create loyalty programs for their customers with the aim of turning them into repeat customers. Blockchain would facilitate these processes and allow customers to check their points and, for example, exchange them for the cryptocurrency. 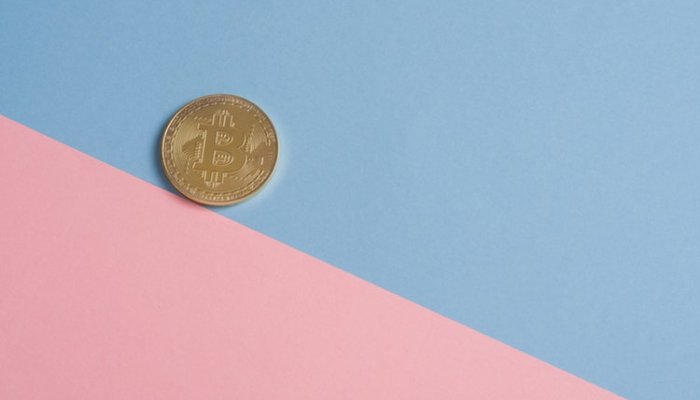 This company is developing a decentralized trip reservation platform. Winding Tree seeks to eliminate the external middlemen with the help of blockchain technology and significantly reduce the price up to 20%.

ShoCard and SITA have proposed revolutionizing the travel industry through identity management. While the project is currently in the early stages, the hope is that the platform eases the identification of individuals in hotels or airport checkpoints.

This project aims to create a loyalty program using blockchain. Trippki lets customers and companies in the tourism industry get directly in contact with each other. They assign customers tokens for staying, for example, in a specific hotel and they get registered in the blockchain, never expiring and redeemable at any time.

The challenges left to tackle

Blockchain technology is still in the early stages of its life. While there’s consensus about its potential, it is always challenging to know where it can get to and how it will impact industries like tourism.

I think that there are two primary challenges in this realm. The first is personal identification. That’s because technology, by its nature, could prove to be a significant obstacle, especially when personal data comes into the picture. That’s why we’re increasing regulations over personal information on the Internet through specific legislation like GDPR in the EU or the CCPA and the growing use of permission marketing. Blockchain’s future in marketing lies in granting more protection to users.

Standardization could also prove to be a substantial barrier. Although blockchain serves as the base technology, every company, organization, or collective can create its network and include its algorithms (just like with cryptocurrencies), making communication between different systems difficult.

The swift implementation of this technology in a plethora of industries and changing behavior from consumers increasing their familiarity with these concepts makes us aware that it’ll be a more recurring concept in our lives in the future as it adapts to evolving user needs and challenges. That’s the way to enjoying a more secure, trustworthy way to travel.

26130
Written By
Belén Vidal
After 10 years of experience in the world of digital marketing, leading accounts and client projects, my main role in marketing is to guarantee the proper functioning of the entire specialist team and their structure for different and separate areas of the company. That said and keeping in mind process implementation, one of my goals is to help people achieve a good performance to offer them the best services, taking care of their training and personal growth as well as ensuring they meet marketing indicators and goals.
Contact
Subscribe to our newsletter
Get updated with latest marketing trends
report
Will your brand still be around in 2045?
Discover our report on travel and tourism and industry trends where we analyze the future of the industry and identify 30 major industry movements to watch.
Download now
< Previous post All posts Next post >
Your inbox deserves great content

No thanks. My inbox is fine as it is.
Related articles
Digital Customer Experience

Neuromarketing: What Happens in the Mind of the Consumer?

What’s Phygital in the Customer Experience?

How Martech Impacts the Role of the CMO